The CephProvisioner plugin provisions storage for COmanage COU and identities with the capabilities to use that storage. It works by directly running ‘ceph auth’ and ‘radosgw-admin’ commands.

The plugin source is on github:
https://github.com/MI-OSiRIS/comanage-registry/tree/ceph_provisioner/app/AvailablePlugin/CephProvisioner

The plugin handles the following

You have installed COmanage according to their instructions.

A Ceph client configuration and key with sufficient capabilities is required on the host running COmanage.

The key created above should be installed in /etc/ceph/ceph.client.comanage.keyring

Many settings are available but may be obsolete or not yet implemented. Here is a list of settings that are available and how you might use them. Note: The relevant code for enabling user keys to have CephFS access with uid and path restrictions is still in place but commented out - it most likely would work if enabled. Key caps would be set to limit the path to their COU data directory and UID to those belonging to the COU. In the context of our project the feature was not needed as we do not provide direct CephFS mounts but instead used NFSv4 to provide this service and the requisite UID mapping. In general it is not safe to hand out client keys allowing external users to access the CephFS data pools directly but this is required if they use the keys to mount.

These diagrams give a rough overview of plugin provisioning flow for storage and users. The user flow is mainly focused on initial provisioning and does not cover every scenario in detail for group updates, identifier changes, reprovision, etc. 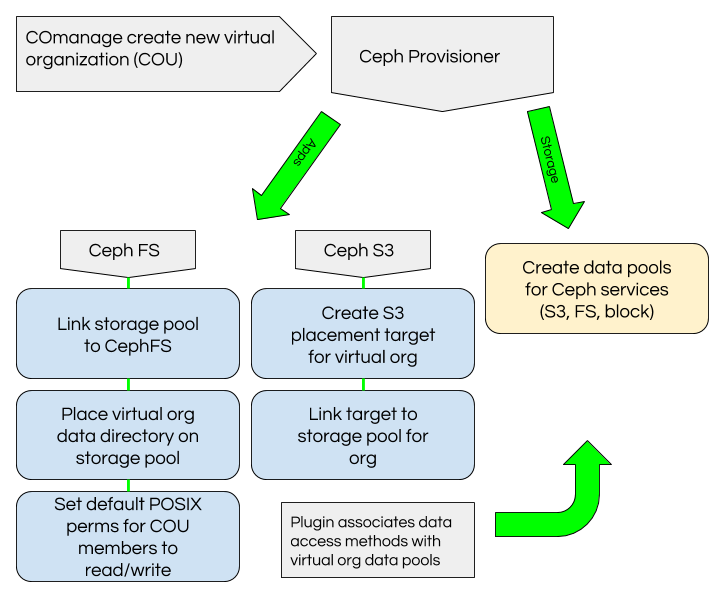 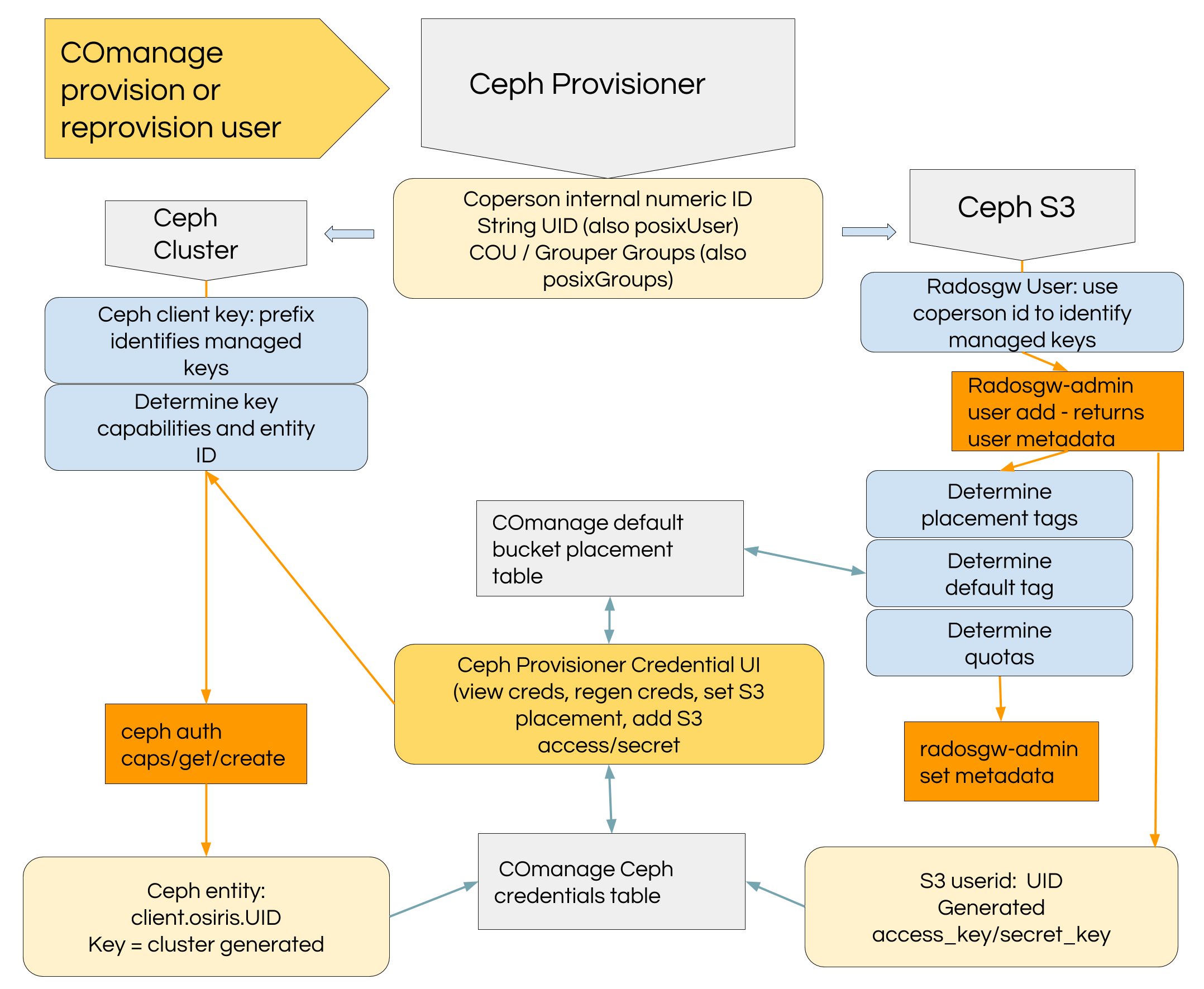